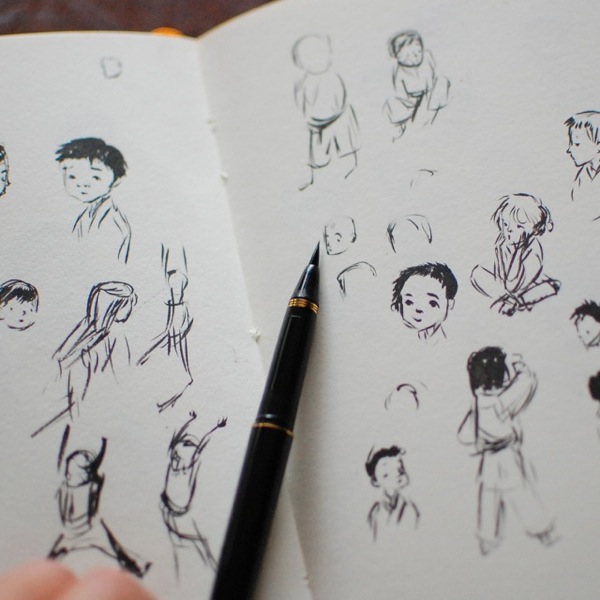 Last summer my son started taking karate class. It didn’t take long for me to realize that while it’s fun for him, it’s BORING as a parent just sitting on the side the entire hour. So I decided to turn my son’s class time into my own dojo of speed sketching.  I have a classroom full of cute models so I had to take advantage of that.

Since I’m mainly a digital illustrator I try to keep my analog skills fresh by keeping a sketchbook (so no iPad sketching for me). My goal was to loosen up and try to exercise my drawing hands. It seems obvious but trying to draw a dojo full of moving kids is tough. Eventually I landed on a strategy where I just focused on capturing the general motion. I filled in the details like the face and hairstyles later. 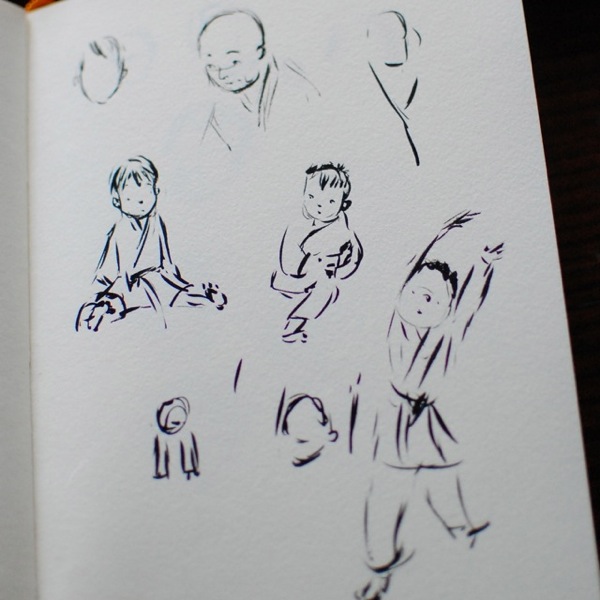 Another strategy was to use a pen instead of a pencil. That way you avoid the temptation of being timid and laying down light lines so you can draw over it. With a pen you’re forced to commit to a line and it either works out or it doesn’t. You can’t be precious with it.

With this kind of sketching you end up with a messy sketchbook with half-formed lines and blobs that don’t make sense. But once in a while I hit on that little drawing where everything comes together and that makes me happy. 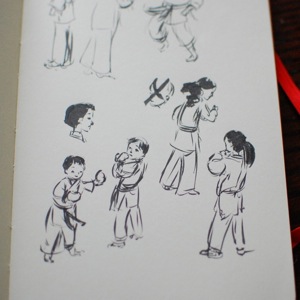 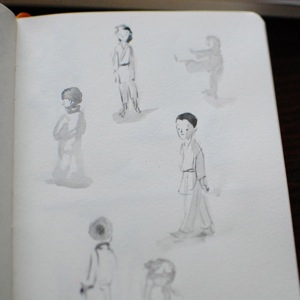 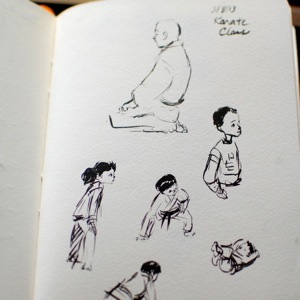 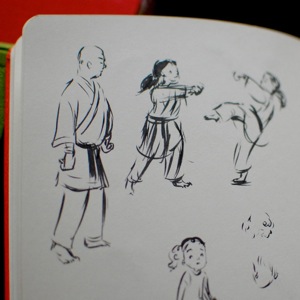